CT Lung Cancer Screening Saved His Life, and Could Do So for More 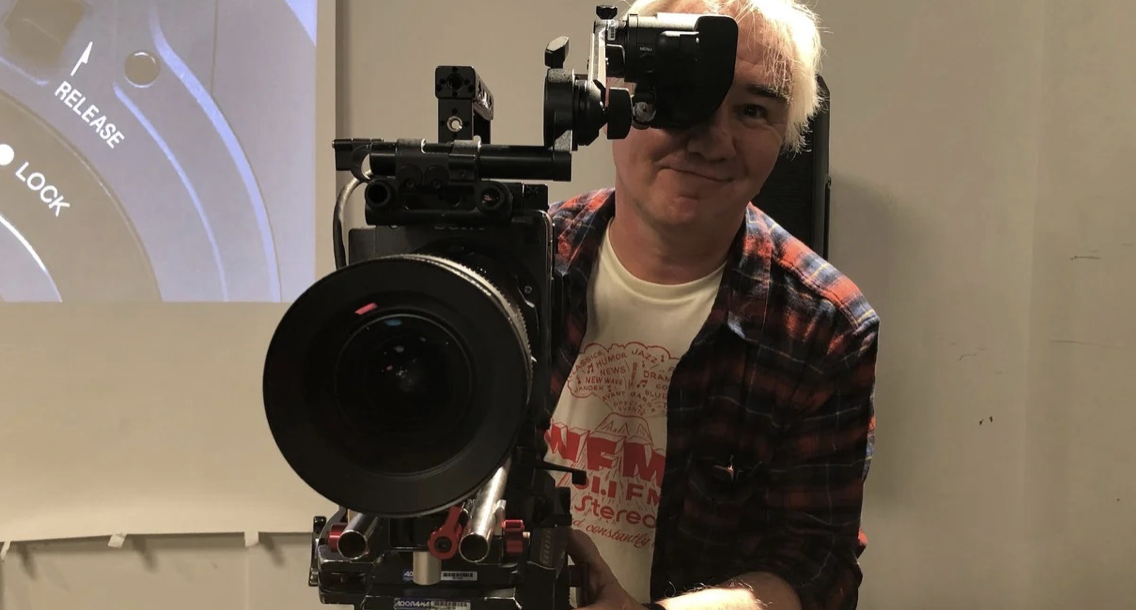 Wolfgang Lehner always considered himself “a triple threat” when it came to cancer risk.

One grandfather died of lung cancer in the 1970s. His other grandfather had his own bout with stomach cancer. And Lehner himself was a smoker.

Although the New York City cinematographer quit smoking in 2010, at age 51, he never quit worrying about lung cancer.

But Lehner’s cancer was caught — and treated — early. And five years later he remains cancer-free.

Lehner’s experience is becoming increasingly common among the more than 200,000 Americans diagnosed with lung cancer every year. Thanks to earlier diagnosis via CT screening, lives are being saved, according to a new study.

“If you catch it early, you can cure ’em,” said study lead author Dr. Raja Flores, chair of thoracic surgery at the Icahn School of Medicine at Mount Sinai in New York City.

He and his colleagues reviewed outcomes among more than 312,000 lung cancer patients between 2006 and 2016, and identified two positive trends: Over the course of the study period, lung cancer deaths dropped about 4% a year. They also found a greater share of cases getting diagnosed early.

In the middle of the study period, the U.S. Preventive Services Task Force adjusted its lung cancer screening recommendations. Before 2013, those at high risk were encouraged to get annual chest X-rays to screen for lung cancer, but after 2013 low-dose CT scans were highlighted as the preferable diagnostic tool.

The USPTF recommends CT screening for people between 50 and 80 years old who currently smoke or quit within the past 15 years.

CT scans catch lung cancer in nearly a quarter of all screenings, while X-rays catch only 7%, Flores said.

For their study, Flores and his colleagues analyzed national cancer statistics on non-small-cell lung cancers, the most common type of lung cancer. They found that early-stage (stage 1) diagnoses rose from 26.5% of all lung cancer diagnoses in 2006 to more than 31% by 2016. Similarly, late-stage diagnoses dropped from nearly 71% to 66% over the same period.

“Basically, if you find it early and get it out, you have got a much, much better chance of being cured,” said Flores.

“At first I was very worried,” he admitted. “But what I found out was that with lung cancer, if you go in for screening and get diagnosed because you’re already feeling sick, then it’s probably already too late.”

Lehner felt fine when he got diagnosed; it was his fear of cancer that led to the screening. His first scan was suspicious; a second scan and biopsy revealed stage 1 lung cancer.

“It went so fast, which was amazing,” said Lehner.

The take-home message, said Flores, is that more screening is a win-win for everyone, despite long-standing worries that increased screenings will drive up the number of false-positive results, meaning cancer diagnoses that are not really cancer.

“You want to get your care at a facility that has experience and really knows what they’re doing, not just in surgery but in screening. A facility that won’t have a quick trigger finger to treat just anything that shows up,” Flores added.

Are you at high risk?

The important thing, said Flores, is that people are educated to know if they are at high risk to begin with.

“Even today only 4% of people who are at high risk and would stand to benefit from regular screenings get them,” he lamented. “It’s a crime. First of all, it’s absolutely covered by insurance. And your chance of surviving lung cancer — when caught at stage 1, early through screening, is greater than 85-90%.

“Ninety percent of people who have been screened and have it removed by surgery are alive five years out, based on our data,” Flores noted.

“If you’ve been a smoker, if you’ve been exposed to asbestos, if you have a family history, it just needs to be hammered home — get screened,” said Flores.

“I am not surprised to see the lifesaving power of CT lung screening is being realized in clinical practice,” she said.

“The only thing I find surprising,” McKee added, “is that the rates of screening uptake in this country are not higher, given the power of screening to prevent lung cancer deaths.”

Given that some studies have suggested early detection can lower the risk of dying from lung cancer by upwards of 60%, McKee seconded the notion that increasing awareness is key.

Which is why Lehner is enthused to talk about his own experience.

“I know it’s kind of scary for many people,” he acknowledged. “But I learned that if lung cancer is caught early, it’s really not a big deal. Now my survival chance is about 85%. So if you’re at risk for lung cancer, it’s totally worth getting screened early. I’m very happy I did it. Obviously.”

The study findings were published Dec. 17 in JAMA Network Open.

There’s more on early diagnosis of lung cancer at the American Cancer Society.

Lung cancer is one of the most frequently treated diseases at the CyberKnife Center of Miami.

That’s because CyberKnife radiation therapy is becoming the number one treatment of choice by lung cancer patients. 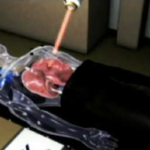 With this cutting-edge technology, we can deliver very high doses of radiation to the tumor without damaging healthy or already compromised lung tissue.

It’s also the only technology that can continually track respiratory movement during treatment as the patient breathes, so radiation targets only the tumor, sparing normal lung tissue from being damaged. Treatments usually take 30 to 60 minutes and are done on an outpatient basis in three to five treatments. If the tumors come back, we can often ablate them again.

When treating lung cancer with traditional radiation, it’s difficult to deliver an effective dose without risking damage to healthy surrounding tissue, because the technology cannot track the tumor as the patient breathes naturally.

The CyberKnife also delivers much stronger, precise doses of radiation, leading to tumor destruction and little chance of it coming back.

CyberKnife is usually done on patients who are unwilling or unable to undergo open surgery. CyberKnife may be used instead of, or along with, surgery and chemotherapy.

With the CyberKnife, we are able to treat most primary non-small-cell lung cancers (NSCLC) such as squamous cell, large cell, and adenocarcinoma, as well as metastatic lung cancers resulting from renal cell, melanoma, colon cancer, and breast cancer.

Because of CyberKnife’s sophisticated technology, we can control the radiation beams to match the exact shape of a tumor or lesion. The beams are directed at the cancer from many different angles.

The medical team will determine the size of the area being targeted by radiation and the dosage. The doctors may choose to deliver the treatment in three to five treatments.

The CyberKnife treatment is completely pain free. Patients dress comfortably in their own clothes and can bring music to listen to during the treatment.

Nothing will be required of the patient during the treatment, except to relax. In fact, patients often sleep through the treatment.

There are generally only minimal side effects from CyberKnife treatments, which may include mild fatigue.

After completing the CyberKnife treatment, patients will schedule follow-up appointments.

Keep in mind that the tumor will not suddenly disappear. In fact, it could take several weeks or longer to determine the effectiveness of the CyberKnife treatment.

Response to treatment varies from patient to patient. Clinical experience has shown us that most patients respond very well to CyberKnife treatments.

To find out if you’re a candidate for life-saving CyberKnife radiosurgery, call the CyberKnife Center of Miami at (800) 204-0455.