Ovarian Cancer Warning Signs & Effective Treatment Even When It Has Spread 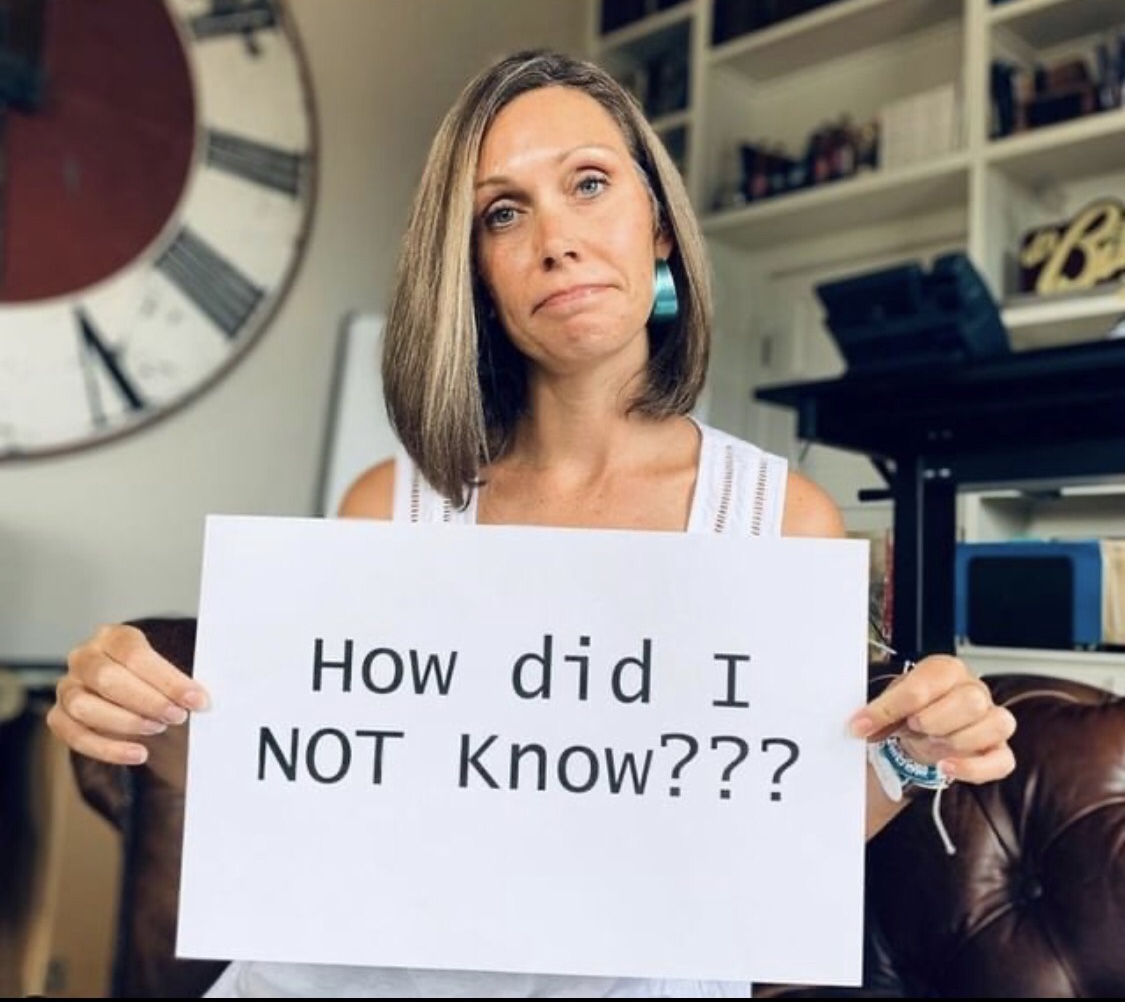 YES there are early warning signs that you may have ovarian cancer. True, it can be difficult to detect ovarian cancer early, when it’s most treatable because the symptoms can be nonspecific – they’re the kind of thing that everybody has at some point in their lives, such as bloating or indigestion.

The Amerian Cancer Society says the most common symptoms of ovarian cancer include:

Always feeling like you need to urinate or feeling an urgency to urinate.

Menstrual changes, such as heavier-than-normal or irregular bleeding.

While most women will experience at least a few of these symptoms at some point, the key with ovarian cancer is that these symptoms become persistent or change from a normal baseline.

If you notice that you’re having these sorts of symptoms more often or they become more severe, see your doctor for evaluation. Many of these symptoms may be associated with other conditions unrelated to ovarian cancer.

“People know their bodies very well and if something’s not right, it’s important for women to speak up and demand a little more attention,” says Dr. Stephanie V. Blank, director of gynecologic oncology for the Mount Sinai Health System in New York. Adding, “Anecdotally, women tell stories about how they had a symptom for a while and it was ignored and it turned out to be ovarian cancer. I think if it’s not right, it definitely merits speaking up and being a little bit of a nag. There’s a lot at stake, so it’s worth it to be a nag to get the answer.”

The American Cancer Society reports that “only about 20 percent of ovarian cancers are found at an early stage. When ovarian cancer is found early, about 94 percent of patients live longer than five years after diagnosis.”

While a pap test can’t detect ovarian cancer, there are tests that can help reveal it according to the National Ovarian Cancer Coalition including:

A transvaginal ultrasound. Using a wand-based ultrasound device inserted into the vagina, your doctor generates an image of your reproductive organs. This is recommended for women at high-risk for ovarian cancer and those who’ve had an abnormal pelvic exam.

A CA-125 blood test. This test examines blood levels of a protein called CA-125 that’s produced by ovarian cells. This is also recommended for women at high risk of developing ovarian cancer and those who’ve had an abnormal pelvic exam.

If ovarian cancer is suspected, you’ll likely undergo a physical exam and imaging tests, such as an ultrasound or CT scan to look for tumors in the pelvic area. MRI scans, PET scans and colonoscopies may also be part of the work-up you’ll receive if your doctor suspects ovarian cancer.

If a tumor is found, you’ll likely have a biopsy, which is a surgical procedure in which a small amount of tissue is removed and tested in the lab to look for cancerous cells. In some cases where fluid has built up in the abdomen, a sample of that fluid may be extracted and tested for the presence of cancer cells in a procedure called paracentesis. Your doctor will also likely check your CA-125 levels and other blood markers.

As with other forms of cancer, ovarian cancer is classified into stages that indicate how far along the cancer has progressed. When you’re initially diagnosed, a pathologist will examine your samples and assign a stage to your cancer. This determination is based on the size of the tumor, whether it has spread into tissues around the ovaries, and whether it has spread to other, distant organs. This information helps guide your gynecologic oncologist in selecting the right treatment approach for your particular case.

Stage 1: The cancer is confined to the ovaries.

Stage 3: Cancerous cells have been found in one or both ovaries and the lining of the abdomen or lymph nodes in the abdomen. It may have also spread to other nearby organs, such as the liver and other parts of the reproductive system.

Stage 4: This is the most advanced and fatal stage of ovarian cancer, in which cancer has spread to distant organs, such as the brain or lungs.

“If someone has a suspicion of ovarian cancer, they should be treated by a gynecologic oncologist, which is a doctor specifically trained in caring for women with ovarian cancer,” Dr. Blank says. Seeking out the right specialist has been shown to offer women improved outcomes, she says.

Once you’ve found the right doctor, several decisions will ensue, with the first being whether or not surgery will be part of the treatment protocol, and if so, whether it should be done before or after chemotherapy. “We generally do approach (treatment) surgically, but in certain situations the surgery may not be the right first step.”

Depending on the situation, surgery may be conducted as an open procedure, meaning that the surgeon will cut into the body, or you might have the option for a minimally invasive approach that requires less trauma and less recovery time. The ovaries will be removed, but your doctor may take other tissue as well. “It depends on a woman’s age. If a woman does not have a specific desire to keep her other organs, we generally remove the uterus, cervix, fallopian tubes and ovaries,” Dr. Blank says.

The key is for the surgeon to assess carefully where the disease may have spread and remove as much of it as possible. This is why some patients undergo chemotherapy first – to shrink the tumor and make it easier to remove entirely. For patients who are undergoing chemotherapy first, your doctor may reassess your condition after a few rounds to determine whether surgery has become a more viable option.

Radiation therapy is not usually a front-line treatment, but is used if the cancer has spread or comes back. “Ovarian cancer does tend to recur, but one thing that’s important to note is that the vast majority of patients will have a good response to front-line therapy,” Dr. Blank says. “But unfortunately, with time, a majority of people do experience a recurrence.”

As with other forms of cancer, generally speaking, the earlier a case of ovarian cancer is detected, the better your chances of survival. The ACS reports on the relative five-year survival rates of ovarian cancer based on its stage, which means this percentage of people with this stage of ovarian cancer will survive at least five years from diagnosis:

Within each stage, there is much variation of survival rates based on the specific characteristics of the cancer. Survival rates can’t tell the whole story and your own journey will be individual. Survival rates are simply a guide that may help you understand what to expect from a specific case of cancer.

Because we don’t know exactly what causes ovarian cancer, it’s difficult to say that doing or not doing a specific thing will prevent you from getting this disease. But there are ways to lower your risk.

“It is not well-known among women in the general population and also physicians that the oral contraceptive decreases ovarian cancer risk by 50 percent,” says Dr. Karen H. Lu, chair of the department of gynecologic oncology and reproductive medicine at the MD Anderson Cancer Center in Houston. “It really cuts your risk in half. So it’s really one of the most effective prevention strategies that we have.”

Other actions you can take to reduce your risk include:

Paying attention to your body and talking to your doctor if something seems amiss.

“If you don’t feel right, get it checked out. Early detection is really the key,” says Dr. Jonathan Herman, an OB-GYN and partner in Elite Women’s Health Care in New Hyde Park, New York.

September is Ovarian Cancer Awareness Month, and so we want you to be aware that anyone with ovaries, regardless of age or race or gender identifications can get ovarian cancer.

The American Cancer Society estimates that about 22,530 women will receive a new diagnosis of ovarian cancer each year and about 13,980 women will die of the disease. The Ovarian Cancer Research Alliance reports that ovarian cancer accounts for 2.5 percent of cancers in women, making it the 11th most common cancer among women. But it’s the fifth leading cause of cancer-related death among women, “and is the deadliest of gynecologic cancers.”

But never give up hope. A large, multi-center, retrospective study on the  efficacy and safety of Stereotactic Body Radiotherapy, (SBRT), such as CyberKnife for the treatment of Oligometastatci Ovarian Cancer was  found it to be safe and effective.

The research is technical, but if you read it, you’ll understand what the researchers found.

The aim of this retrospective, multicenter study was to define activity and safety of SBRT in a very large, real-world data set of patients with metastatic, persistent, and recurrent ovarian cancer (MPR-OC).

The endpoints of the study were the rate of complete response (CR) to SBRT and the 24-month actuarial local control (LC) rate on “per-lesion” basis.

The secondary endpoints were acute and late toxicities and the 24-month actuarial late toxicity-free survival.

Toxicity was evaluated by the Radiation Therapy Oncology Group (RTOG) and the European Organization for Research and Treatment of Cancer (EORTC) and Common Terminology Criteria for Adverse Events (CTCAE) scales, according to center policy.

Logistic and Cox regression were used for the uni- and multivariate analysis of factors predicting clinical CR and actuarial outcomes.

Achievement of CR and total dose >25 Gy were associated with better LC rate in the multivariate analysis. Mild toxicity was experienced in 54 (20.7%) patients; of 63 side effects, 48 were grade 1, and 15 were grade 2. The 24-month late toxicity-free survival rate was 95.1%.

This study confirms the activity and safety of SBRT in patients with MPR-OC and identifies clinical and treatment parameters able to predict CR and LC rate.

Achievement of CR and total dose >25 Gy were associated with better local control (LC) rate. Mild toxicity was experienced in 20.7% of patients. In conclusion, this study confirms the activity and safety of SBRT in MPR-OC patients and identifies clinical and treatment parameters able to predict CR and LC rate.

The study was reported in the medical journal, The Oncologist in 2019.

At the CyberKnife Center of Miami we have treated and prolonged the lives of patients with ovarian cancer who were told by other doctors and/or cancer centers they only had weeks or months to live.

We gave them years, and in some cases many years. That is the most precious gift of all.

Call our top cancer experts at CyberKnife Miami. We will tell you if we can help you or not. Chances are we can and we will hold your hand every step of the way, making a very difficult time as easy as possible.

We will treat you as effectively and as safely as possible with the least disruption to your life.

Call 305-279-2900 for a consultation or appointment and go to our website for specific info on how CyberKnife is used to treat ovarian cancer.

You can also find more information on ovarian cancer at cancer.org