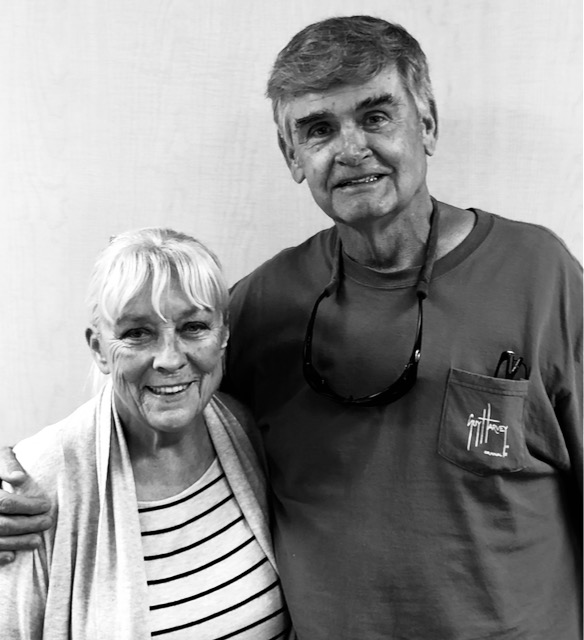 Ruby’s Story: “I’ve had stage 4 cancer for years. What amazes me is how good I feel; I don’t feel like I’m going to die.”
Ruby Alexander’s fight with breast cancer began nearly 20 years ago and she’s still going strong!
“When I was first diagnosed, I cried for days.” Because the cancer was caught very early, Ruby was told all she needed was a mastectomy. No chemotherapy or radiation necessary. “So after the mastectomy, I was sure I wouldn’t have any more cancer.”
Five years later, on September 11, 2001 it was back. “I remember that day so well. We heard two planes crashed into the World Trade Center while I was getting follow-up tests, and they found a tumor on my sternum.” It was treated successfully, but a few years later it showed up in her liver and then her lungs. “I was so scared and feeling very sorry for myself but remained optimistic.”
Chemotherapy and standard radiation worked. “No matter how many times it came back I didn’t let it get me down or give up hope.”
Unfortunately it reappeared in her lymph nodes.
Ruby’s doctor said the cancer was very slow growing and there was nothing to do except come back in three months for another checkup.
Not liking what she heard, Ruby talked to her neighbor, a doctor who reads CT scans, and he recommended she immediately go to the CyberKnife Center of Miami for treatment.
“We never heard of CyberKnife so I looked it up online and found their website and called. They gave me an appointment right away. As soon as they saw my X-rays they said, ‘We can help you.’ We couldn’t believe no doctor had mentioned it to us before.”
Dr. Mark Pomper, Executive Director of the CyberKnife Center of Miami says, “The CyberKnife is often excellent for treating lymph nodes because it tightly targets the area, can be done in very few treatments, doesn’t affect the surrounding tissue, and prevents cancer from spreading in that area.”
CyberKnife delivers a very high dose of radiation directly to tumors, killing them, and prevents them from coming back.
Dr. Pomper says, “Waiting to treat cancerous lymph nodes could result in the disease spreading to other areas faster, creating more problems.”
Unfortunately, many patients still don’t know about CyberKnife technology and if doctors don’t have it at their hospital, they often won’t recommend it.
Ruby’s advice to anyone battling cancer is, “In the beginning, you think your doctors know everything and recommend the best treatment, then you find out they don’t. I don’t know what would’ve happened if I’d waited. You must be your own patient advocate, ask questions, talk to others, and keep researching treatment options.”
Dr. Pomper says, “It’s on a case-by-case basis, but in Ruby’s situation CyberKnife is very useful and can keep patients functional.”
If the cancer shows up in another lymph node, it can be treated again.
Ruby says, “I’ve had stage 4 cancer for years. What amazes me is how good I feel; I don’t feel like I’m going to die.”
Ruby walks four miles a day, travels often to see her grandchild, and is living life to the fullest.
Call CyberKnife Miami to find out if we can help you.
Our goal is to get you treated as effectively, safely, easily and quickly as possible so you can get on with life.
Here’s our number 305-206-6776 and go to our website now to learn more www.cyberknifemiami.com