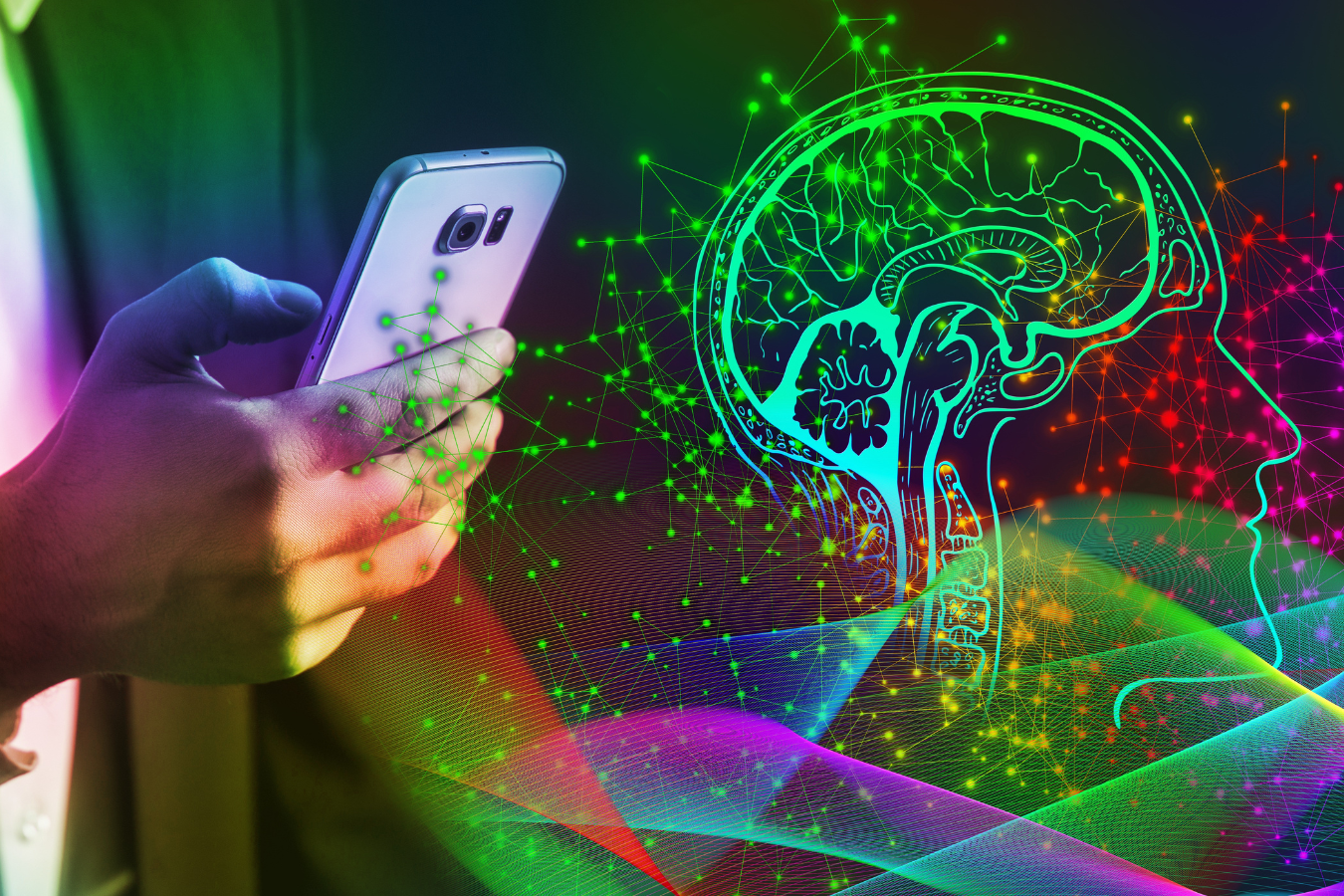 There’s long been the debate about whether or not electromagnetic fields from things like cellphones, computers, Bluetooth devices, microwaves and many more cause cancer, or brain cancer in specific.

And the research is still ongoing, without a definitive answer.

The experts at the CyberKnife Center of Miami, a state-of-the-art treatment center for many types of cancer, including brain cancer, compiled some of the latest research and findings to help you decide what’s right for you.

First, let’s talk about what we do know so that you can make smart choices that are right for your family.

It shows the wide range of the electromagnetic spectrum. As you can see, computers and power lines are on the lower end, whereas mobile phones and microwaves are higher. Diagnostic radiation is higher yet, which is why doctors try to limit exposure whenever possible. However, in the case of radiation for cancer, the benefits outweigh the risks.

Knowing what’s on the spectrum certainly helps explain concerns, especially when it comes to cell phones, which are often held right up to the ear.

The reason there’s such concern about cell phone use and brain cancer is because cell phones emit radiation, and they’re everywhere, according to the National Cancer Institute the radiation cell phones emit is low frequency and low energy. But have you ever used a cell phone for a long period of time?  You may notice your ear feeling hot. That’s because the body may absorb the heat.

Even so National Cancer Institute investigators say the incidence of brain cancer and other cancers involving the central nervous system hasn’t changed as cell phone use has increased.

The studies have shown that with increased cell phone usage, researchers are finding:

There has been some statistical association between brain tumor risks and cell usage.  However, though the studies showed statistical evidence, there was no real-world association shown.

Inaccurate reporting, changing technology, exposure limitations, mortality among brain cancer study participants, follow-up issues and what’s called recall bias, where a study participant may remember using a phone differently, are a few of the reasons for the inconsistencies.

What do the Experts Say?

The American Cancer Society “does not have any official position or statement on whether or not radio-frequency (RF) radiation from cell phones, cell phone towers, or other sources is a cause of cancer.”

The International Agency for Research on Cancer (IARC) has classified RF radiation as “possibly carcinogenic to humans.” That’s based on limited evidence of a possible increase in risk for brain tumors among cell phone users.”

And the U.S. Food and Drug Administration concluded in a 2020 report: “There is no quantifiable causal link between RFR exposure and tumor formation. The data suggest the need for shifting the focus from the general population with undetectable overall risk to a very small subset of people who might be inherently predisposed to the risk for tumorigenesis and who therefore might be more susceptible to putative risk modification by the intense RF-EMF exposure.”

While results may not be conclusive, if you are concerned, you can do something about it.

More research is underway to study the topic.

Last year more than 84,000 Americans were diagnosed with brain tumors, according to the National Brain Tumor Society. About 59,000 were benign, and 25,000 malignant.

The causes of brain tumors are not really understood, according to the American Cancer Society. And there are not many well-established risk factors, but there are some.

Here are some risk factors for brain tumors:

Brain tumors are often treated with chemotherapy, radiation therapy, targeted therapy and surgery.  Sometimes doctors use a combination of treatments to kill the cancer.

Treatment depends on the type of tumor, a person’s age, overall health, likelihood of the tumor to metastasize, and a list of other factors. In short, there is no one-size-fits-all treatment.

However, if your doctor recommends radiation, the experts at the CyberKnife Center of Miami can help.

CyberKnife uses pinpointed radiation to kill the tumor and prevent it from growing. It can be used to treat both benign and malignant brain tumors. Since CyberKnife is so precise it minimizes damage to healthy tissue around the brain tumor, which can be a big issue with standard radiation.

For patients who are not surgical candidates, CyberKnife could be a beneficial alternative treatment option.

Plus, patients generally need fewer treatments with CyberKnife than with traditional radiation. Most side effects are mild and temporary but can include fatigue, nausea, and skin irritation.

For more details or to schedule a consultation with one of our cancer experts at CyberKnife Miami, call us now at 305-279-2900 or go to our website www.cyberknifemiami.com.