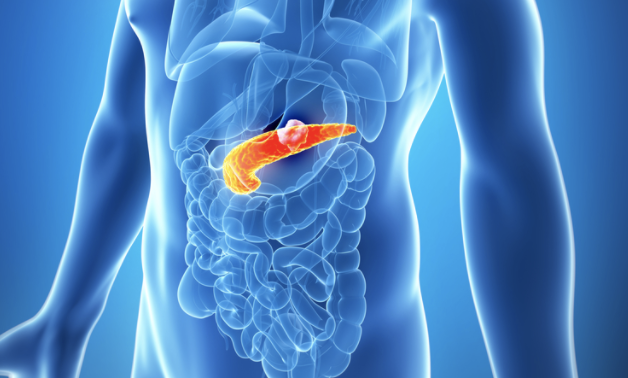 Pancreatic Cancer has been in the news lately due to famous people like Georgia congressman John Lewis who died of it, Jeopardy Show Host Alex Trebek who’s been battling it for 2-years & Supreme Court Justice Ruth Bader Ginsburg who was successfully treated for pancreatic cancer in 2009 using Radiation Therapy.

The reason it’s often deadly is it’s one of the most difficult cancers to detect early while still treatable. The pancreas is deep inside the body. Early tumors can’t be seen or felt by doctors during routine physical exams, according to the American Cancer Society. People usually have no symptoms until the cancer has become very large or has already spread to other organs.

CyberKnife Radiation Therapy has been used successfully to treat pancreatic cancer in patients who are poor surgical candidates, those who refuse surgery, and in patients for whom surgery or other treatments have failed.

Treating tumors in and near the pancreas with radiation is challenging because the stomach, bowel, kidneys, and liver are in close proximity to the pancreas, making it difficult to target them safely with radiation.

It enables the radiation beam to track tumor movement in real time as patients breathe normally, always staying on target, delivering the highest dose of radiation possible, and destroying the tumor without harming healthy surrounding tissue.

Another bonus: CyberKnife only requires one to five treatments compared to up to 35 with standard radiation.

The treatment is completely pain free.

You feel nothing as the computer-controlled robot moves around the body delivering radiation.

Patients dress comfortably in their own clothes and can bring music to listen to during treatment.

Nothing will be required of the patient during treatment, except to relax and lie as still as possible.

Once treatment is complete, most patients quickly return to their daily routines with little interruption to their normal activities.

Doctors will discuss all possible side effects prior to treatment.

In addition, doctors may prescribe medication to control any side effects, should they occur.

After treatment, the patient will follow-up with their doctor and will have CT or PET/CT scan prior to your follow-up appointment.

The patient should be aware that his or her tumor will not suddenly disappear.

Response to treatment varies from patient to patient. It could take several weeks or longer to determine the effectiveness of the CyberKnife treatment.

The types of treatment for pancreatic cancer will depend on the stage of the disease.

Studies show the growth of pancreatic tumors in patients with advanced disease has been controlled by CyberKnife Radiosurgery without damaging normal tissues including bowels, kidneys, and liver.

A recent study found pancreatic cancer patients treated with chemotherapy and radiotherapy before surgery may live longer than those who have immediate surgery.

For one thing, SBRT allows physicians to administer a higher dose of radiation that kills cancer cells more aggressively, but because the radiation is targeted at the site of the tumor, there’s little to no damage to healthy tissue.

Because the dose of radiation is higher, patients can spend less time in therapy and more time enjoying their lives.

SBRT may be the only option for pancreatic cancer treatment for a fraction of patients who are not good candidates for surgery, chemotherapy, or traditional radiation therapy. For these patients, SBRT can mean an improved prognosis and better quality of life throughout the course of treatment, since it can be completed in just two weeks and causes minimal side effects.

Call our Cancer Experts at the Cyberknife Center of Miami – The Beam Of Life. They will answer all of your questions and determine if you are a candidate for CyberKnife Therapy for any kind of a tumor 305-279-2900 & learn more on our website www.cyberknifemiami.com