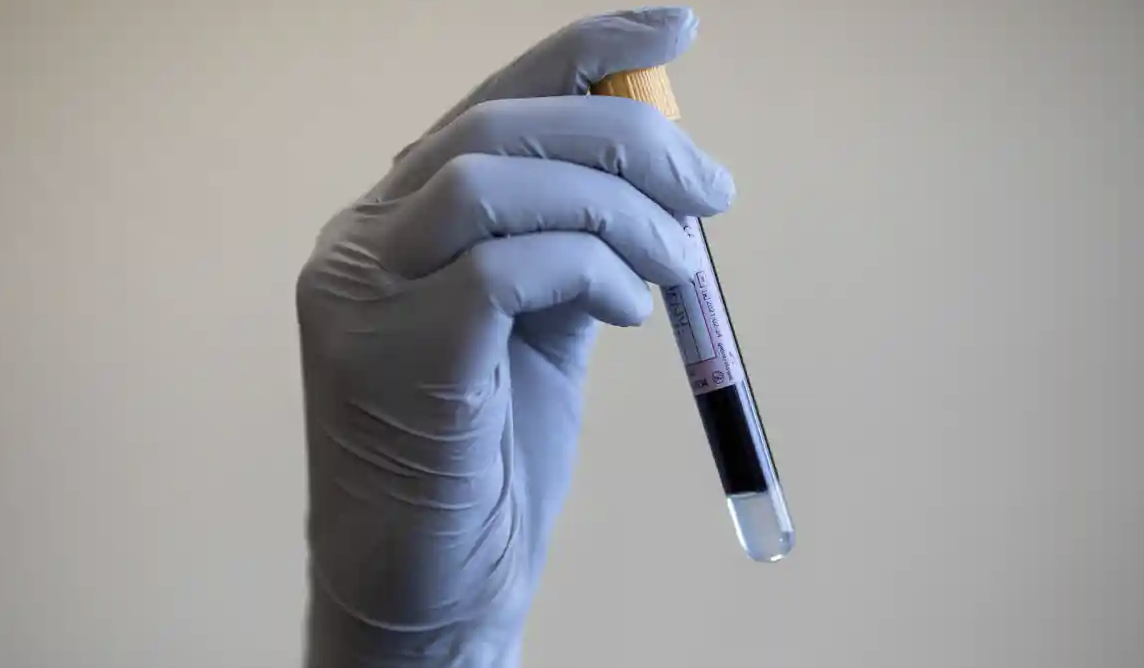 Exiciting News: Doctors are already hailing a new era for cancer screening as major research shows the Galleri Test is highly effective at detecting cancer at its earliest stages, when it’s still treatable. Just think about what early detection would mean for some of the deadliest cancers, like pancreatic, liver, lung or brain cancer. The earlier they are caught and treated the greater risk of survival.

The National Health Services of England (NHS England) is due to report the results from a trial of the Galleri test, involving 165,000 people, next year.

Doctors have told health services to prepare for a new era of cancer screening after a study found a simple blood test could spot multiple cancer types in patients before they develop clear symptoms.

The Pathfinder study offered the blood test to more than 6,600 adults aged 50 and over, and detected dozens of new cases of disease. Many cancers were at an early stage and nearly three-quarters were forms not routinely screened for.

It is the first time results from the Galleri test, which looks for cancer DNA in the blood, have been returned to patients and their doctors, to guide cancer investigations and any necessary treatment.

The Galleri test has been described as a potential “gamechanger” by NHS England, which is due to report results from a major trial involving 165,000 people next year. Doctors hope the test will save lives by detecting cancer early enough for surgery and treatment to be more effective, but the technology is still in development.

“I think what’s exciting about this new paradigm and concept is that many of these were cancers for which we do not have any standard screening,” Dr Deb Schrag, a senior researcher on the study at the Memorial Sloan Kettering Cancer Center in New York, told the European Society for Medical Oncology

In the Pathfinder study, 6,621 adults aged 50 and over were offered the Galleri blood test. For 6,529 volunteers, the test was negative, but it flagged a potential cancer in 92.

Further tests confirmed solid tumours or blood cancer in 35 people, or 1.4% of the study group. The test spotted two cancers in a woman who had breast and endometrial tumours.

Beyond spotting the presence of disease, the test predicts where the cancer is, allowing doctors to fast-track the follow-up work needed to locate and confirm a cancer. “The signal of origin was very helpful in directing the type of work-up,” said Schrag. “When the blood test was positive, it typically took under three months to get the work-ups completed.”

The test identified 19 solid tumours in tissues such as the breast, liver, lung and colon, but it also spotted ovarian and pancreatic cancers, which are typically detected at a late stage and have poor survival rates.

The remaining cases were blood cancers. Out of the 36 cancers detected in total, 14 were early stage and 26 were forms of the disease not routinely screened for.

Further analyses found the blood test was negative for 99.1% of those who were cancer-free, meaning only a small proportion of healthy people wrongly received a positive result. About 38% of those who had a positive test turned out to have cancer.

Schrag said the test was not yet ready for population-wide screening and that people must continue with standard cancer screening while the technology is improved. “But this still suggests a glimpse of what the future may hold with a really very different approach to cancer screening,” she said.

Fabrice André, the director of research at Gustave Roussy cancer centre in Villejuif, France, said: “Within the next five years, we will need more doctors, surgeons and nurses, together with more diagnostic and treatment infrastructure, to care for the rising number of people who will be identified by multi-cancer early detection tests.”

Naser Turabi, the director of evidence and implementation at Cancer Research UK, said: “Blood tests for multiple types of cancer used to belong in the realm of science fiction, but now they are an area of cancer research that is showing promise for patients.

“Research like this is crucial for making progress against late-stage cancers and giving more patients the chance of a good outcome. The Pathfinder trial results give us a better understanding of how frequently cancer is found by this blood test in people who haven’t been previously diagnosed.

“But we will need data from larger studies to fully assess this test and other similar tests in development, especially to understand whether people actually survive for longer after their cancer is picked up.”

DOCTORS & CANCER CENTERS ARE PAYING CLOSE ATTENTION TO THE FINDINGS: In response to the report, this was immediatly published by the European Society for Medical Oncology: A NEW ERA OF EARLY CANCER DETECTION WITH BLOOD TEST MAY CHANGE CANCER SCREENING PARADIGMS [ESMO CONGRESS 2022 PRESS RELEASE]

“It is a duty of professional societies like ESMO to raise awareness of the fact that within the next five years, we will need more doctors, surgeons and nurses, together with more diagnostic and treatment infrastructure, to care for the rising number of people who will be identified by multi-cancer early detection tests,” explained André, Director of Research at Gustave Roussy Cancer Centre, Villejuif, France and newly elected future president of the Society for the years 2025-2026. “We need to involve all stakeholders in deciding new pathways of care. We need to agree who will be tested and when and where tests will be carried out, and to anticipate the changes that will happen as a result of these tests, for example in the diagnosis and treatment of people with pancreatic and other cancers that are usually diagnosed at a much later stage.”

New MCED tests in development can detect a common cancer signal from over 50 different types of cancer and predict where the signal has come from in the body. The signal arises from small sequences of circulating tumour DNA (ctDNA) in the blood which have some different methylation patterns from non-tumour DNA.

In the PATHFINDER study reported at the ESMO Congress 2022, an MCED test detected a cancer signal in 1.4% of 6621 people aged 50 years and over who were not known to have cancer, and cancer was confirmed in 38% of those with a positive test. Of 6290 people who were cancer free, 99.1% received a negative test result. Among those with a positive test result, the time to achieve diagnostic resolution (i.e. to find cancer or decide there was no evidence of malignancy requiring further investigation) was a median of 79 days. Among participants with a positive screening test, diagnostic resolution was achieved within three months for 73%.

“The results are an important first step for early cancer detection tests because they showed a good detection rate for people who had cancer and an excellent specificity rate for those who did not have cancer. In people with a positive test, it took less than two months to confirm the diagnosis if they had cancer and it took a bit longer if they did not have cancer primarily because physicians opted to perform imaging studies and then repeat them a second time several months later to investigate the possibility of a cancer diagnosis,” explained study senior author Deb Schrag, Memorial Sloan Kettering Cancer Center, New York, USA.

“An important finding was that few participants with a false positive screening test required multiple invasive procedures such as endoscopies and biopsies. This finding should help to allay concerns that these tests could cause harm by generating unnecessary procedures in people who are well,” added Schrag.

She stressed the importance of continued standard screening for tumours, such as breast and colorectal cancer, while MCED tests are being refined and validated for cancers such as pancreatic, small bowel and stomach cancer where there are currently no screening options.

“This study indicates that hope is on the horizon for detecting cancers that are currently unscreenable, but of course much more work is needed and, with experience and larger samples, these assays will improve. The tests need to be refined so they are better at distinguishing tumour DNA from all the other DNA that is circulating in the blood,” said Schrag. “It is also critical to note that the purpose of cancer screening is not to decrease the incidence of cancer, but rather to decrease cancer mortality. It is premature to reach any conclusions about how MCED testing affects mortality which was not measured in the PATHFINDER study and requires lengthy follow-up.”

The study reported at the ESMO Congress 2022 is the first prospective investigation to show that an MCED test can detect cancer in patients with undiagnosed cancer, as previous studies used tests only in patients already known to have cancer. A number of further studies are now underway including a major randomised clinical trial enrolling 140,000 asymptomatic people in England to investigate the clinical effectiveness of MCED testing on cancer outcomes (2).

“We need comparative trials across all types of cancer to find out if having an early detection test affects morbidity and mortality. We also need to know how the tests benefit patients, and how to discuss the results with them,” said André. “In addition, we need to know more about the small proportion of false positive tests – MCED results that indicate cancer is present but this is not confirmed by standard diagnostic procedures. We need some of these answers before we can calculate the cost impact of introducing MCED tests in routine clinical practice,” André concluded.

For questions about cancer treatment contact the top cancer doctors in Miami at the CyberKnife Center of Miami.

We’re here to answer your questions and help you find the best treatment options for whatever type of cancer you are battling. Call 305-279-2900