4 Drinks You Drink Everyday May Raise Your Risk of Cancer 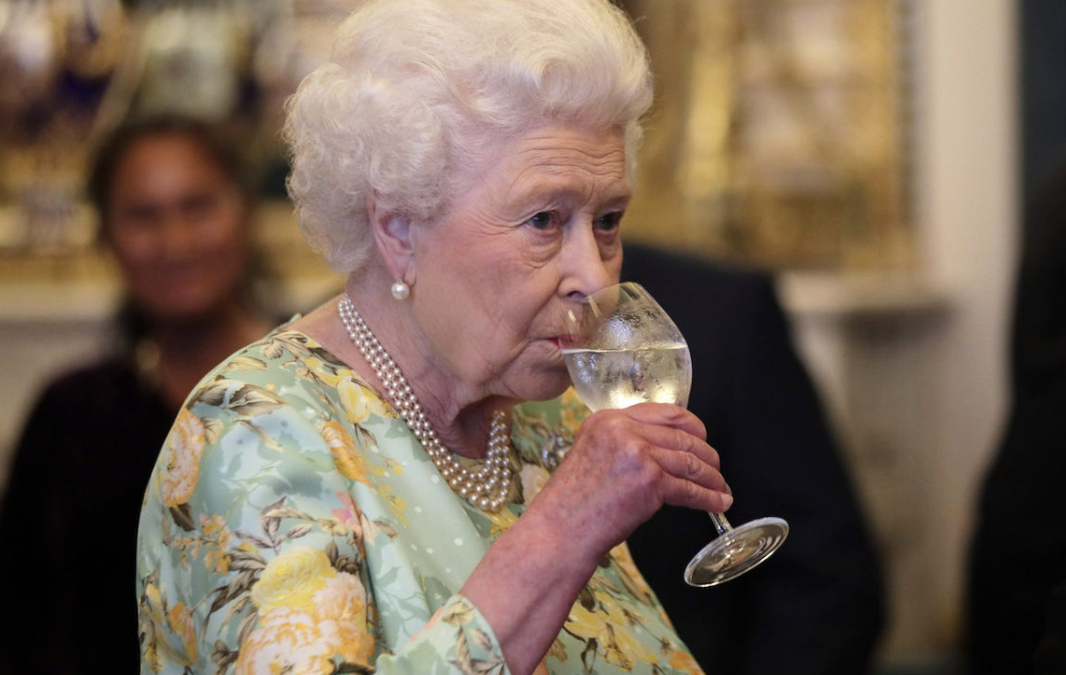 Call it liquor, alcohol, or booze, but this substance’s scientific name is ethyl alcohol. It’s a chemical typically made from fermenting sugars (such as those from grapes) or starches (such as potatoes or rice) with yeast.

Part of the reason alcohol is dangerous is that it irritates tissues, making it easier for carcinogens (cancer-causing compounds) to sneak in and cause DNA damage in the body.

A worldwide study of drinkers in 195 countries published in 2018 found that no matter where people live, heavier drinkers are more likely to develop cancer, and they’re also more likely to die from cancer and many other causes.

Plenty of people live to a ripe old age while drinking alcohol regularly. But that doesn’t mean the behavior is risk-free.

In England, 92-year-old Queen Elizabeth II reportedly enjoys wine with her lunch and sips champagne before bed on a regular basis. Across the Atlantic in Pennsylvania, 101-year-old Andrew Slavonic says downing a can of Coors Light every afternoon has been his golden ticket to living past 100.

There is some evidence that a moderate amount of booze (say, one drink per day) can help protect against some health conditions, notably heart disease and diabetes. But there are underlying genetic differences that make some people more likely to develop deadly diseases.

In France, where people drink an average of 2.7 glasses of alcohol a day, alcohol kills roughly 49,000 people every year. Health officials in the wine-loving country are now encouraging French people to drink less.

Alcohol is alcohol, and it’s not great for our bodies in big doses, whether it’s a big glass of Côtes du Rhône, a snifter filled with cognac, or a couple bottles of Corona.

Sugar-filled drinks can also be dangerous. Sugar is linked to more cancer cases, and there’s even some evidence it can help tumors grow faster and more aggressively.

A recent 34-year study of more than 118,000 men and women across the US suggested that people who drink more sugar-sweetened beverages are more likely to die from all sorts of things, including breast and colon cancers.

It’s an especially bad idea to drink sugar because liquid sweets are absorbed and digested very quickly in the body.

When we drink sugar from beverages such as juice or soda, fructose rushes into the liver, unabated by key nutrients, such as fiber, that slow down digestion and help us feel full and satiated.

“You just end up consuming more calories per day, and it leads to weight gain over time,” Vasanti Malik, a research scientist from the Department of Nutrition in the Harvard T. H. Chan School of Public Health recently told Business Insider.

That weight gain can prompt obesity-related cancers, including breast and colon cancers.

It’s especially troubling when you consider that cancer also loves to use sugar as fuel. More research on this phenomenon in humans is still needed, but lab studies in mice and yeast both suggest that sugar can essentially feed cancerous tumors, stimulating them to grow quickly and aggressively.

Hot beverages that are served at near-boiling temperatures can also up a person’s risk of developing cancer in the tube that moves food and drinks from our mouths to our stomachs.

Scientists have discovered that people who drink super-steamy mate, which is traditionally served searing hot in chillier areas of Argentina, have higher rates of esophageal cancer. Drinking alcohol and smoking can compound that risk.

In one recent study, people in northeastern Iran who drink two cups of very hot tea every day likewise nearly doubled their risk of developing esophageal cancer when compared with Iranians who waited for their brew to chill.

Fortunately, scientists have discovered the esophageal-cancer risk from hot beverages is relatively small. In the Iranian study, it amounted to about 17 extra cases per 100,000 people. It is also fairly easy to avoid drinking things that are too hot to handle.

Be kind to your tongue and to your esophagus, and simply wait a few minutes before you enjoy your cup of tea, coffee, or mate.

Some people also worry about the cancer risks associated with drinking coffee.

For decades, researchers have been investigating whether a link exists between coffee drinking and cancer risk, but they have have come up short on hard evidence due to confounding factors like cigarette smoking, which definitely increases cancer risk.

During the process of roasting coffee, the beans release a chemical called acrylamide that has been linked to cancer.

Acrylamide cannot be removed from coffee before it’s consumed.

Acrylamide is known to be dangerous when it’s consumed in large doses (it’s one of the toxic chemicals that smokers inhale), but there’s no evidence that the tiny dose found in coffee — even a lifetime’s worth — is harmful for our bodies.

There’s compelling evidence that coffee is more likely to lower your risk of developing cancer than to raise it.

In 2016, the World Health Organization’s International Agency for Research on Cancer (IARC) determined that there’s not enough evidence to make any kind of conclusion about a link between coffee and cancer. In fact, the IARC said some data suggests coffee may lower your risk of developing certain kinds of cancer like uterine and liver cancers. What’s more, the agency said coffee is “unlikely” to cause breast, prostate, or pancreas cancers.

Regulators in the US agree. The US Food and Drug Administration (FDA) said last year that a cancer warning for coffee drinkers “would be more likely to mislead consumers than to inform them.” And in a major reversal, the California Office of Environmental Health Hazard Assessment (OEHHA) recently ruled that the chemicals in coffee “do not pose a significant risk of cancer.”

“We’re dealing with a complex mixture of hundreds of chemicals,” Sam Delson, a spokesman for the OEHHA, told Business Insider shortly after the California coffee warnings were nixed. He pointed out that while one chemical found in coffee is a known carcinogen, other chemicals and antioxidants in the brew can “ameliorate, mitigate, or negate the carcinogenic effects.”

“I’m a cancer survivor myself, and happy to drink coffee,” Delson added.

Coffee has also been linked to many other health benefits, especially when it comes to aging hearts.

Coffee is the one drink on this list that’s arguably safe to drink as much as you like.

A team of German researchers who recently studied how caffeine influences the way cells in blood vessels perform even suggested that about four cups of coffee a day might be the perfect amount to maintain a healthy, youthful heart.

It’s clear from the research to date that sugar and alcohol are by far more dangerous. So brew on, caffeine lovers.